Don’t let your HUE control your image: 5 great examples of mixing up color with great content.

Associating color schemes with a product has a way of helping us determine our perception of the brand image. Marketers are tasked with figuring out what makes consumers get excited over a shade of lipstick, time spent in a freshly painted room, a new clothing line that’s runway ready, and many other competing brands looking to stand out.

Imagine breaking through a long journey of product development, go to production, land a deal with a major retailer, and ultimately your first sales hit your books. Days later a similar product line has a launch almost identical but the colors are all the rage. What’s next? Viciously fight for rack space? Or just improve on the next round?

In an Entrepreneur article titled,  The Psychology of Color in Marketing and Branding by Gregory Ciotti, he gives a comprehensive look at the role color plays in marketing. The ultimate goal is to determine the impact color has on customer engagement. The overall premise is that color is a feeling. Focusing on color should be more about what the product represents.

Mr. Ciotti says, “It’s the feeling, mood, and image that your brand creates that play a role in persuasion. Be sure to recognize that colors only come into play when they can be used to match a brand’s desired personality (i.e., the use of white to communicate Apple’s love of clean, simple design).

The article speaks extensively to color perceptions. Great article but I personally believe we can get a bit too excited over color schemes and forget to mix it up with better content.

Here are 5 great examples to consider when working your color scheme:

I hold this quote from Dove’s website close to my heart:

Beauty is not defined by shape, size or color – it’s feeling like the best version of yourself. Authentic. Unique. Real. Which is why we’ve made sure our site reflects that. Every image you see here features women cast from real life. A real life version of beauty.

Go to Caramel Lattes and Stilettos to read the pairing to this article! Contrary to popular belief, lots of research has proven that consumers are ignoring ads on their social media pages.  In an article, When Brands Try Too Hard on Social Media Pages, (2015) by Forbes Contributor, Blake Morgan, she references a Forrester research that states, “Brands are using social media more than ever, and users are ignoring them more than ever.” Last year,  posts from brands created interactions with 4.2% of a brand’s followers. This year, that fell to 2.2%. On Pinterest, interactions fell from 0.1% to 0.04%. Consumers are developing what used to be called “banner blindness.” Social Media is the primary go to spot for brands to hangout on the borders of consumers’ screens. In 2017, interaction with these ads continue to drop. It’s time to engage instead of bombarding folks with ads.

Here are 3 alternative ways to find and engage consumers:

Check it out here: Chicago Art Institute and Airbnb

Check out these awesome billboards: Creative Billboards Around the World

When consumers vanish from social media, do not be discouraged. People are still paying attention to what matters to them. Connecting is not exclusive to social media.  Connecting is a relationship joined by links established from many means of communication.

OMG! Acronyms are so useful!!

Check out what Social Media Week News has to say about acronyms in the social media space:

Check out the following video on how it works:

Tip:  Snapchat memories is an opportunity for marketers to share memories and cross promote brand stories.

Facebook users are going live. When I sign into my Facebook account my friends and family are posting their adventures on vacation, at weddings and all things entertaining as it go down. These live videos are super fun and in real-time. When your watching a live video, you have the option to click or tap subscribe to get notified when that person starts another live broadcast.

Check out how this super cool way to take your friends, family and followers on your journey works: 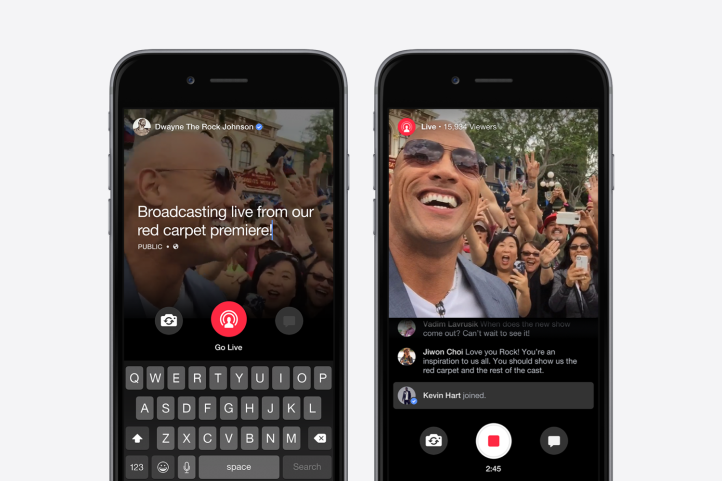 Tip:  Facebook live is an opportunity for marketers to increase social mentions by connecting live with fans, followers, and friends in real-time to show what’s going on with products and services.

Lights, Camera, Action- 3 tips to bring out the magic in your next film campaign

Going to the movies is fun. Escaping to the movie theater has always been one of my favorite things to do. In my opinion, life would be boring without witnessing the work of producers, directors, writers, actors, and actresses.

In a March 2007 Ted Talk, J.J. Abrams; a well-known producer and writer, spoke about what inspires him when writing and producing. He says, “There’s an amazing sense of opportunity out there. And when I think of the filmmakers who exist out there now who would have been silenced, you know—who have been silenced in the past—it’s very exciting thing.”

In his talk, J.J. Abrams premise is based on a mystery magic box. He bought the box from a magic store decades ago and never opened it.  The box cost $15 with $50 worth of magic in it.

The magic box represents Mr. Abram beloved grandfather, infinite possibility, hope, and potential. Mystery, as it relates to fiction, is a genre involving something mysterious such as death or a crime to be solved. Each character plays a credible role in making the story move along and keeps the audience engaged. J.J. Abrams says that mystery is more important than knowledge and that it’s a catalyst for imagination. He goes on to say that, “I realize that [that] blank page is a magic box, you know? It needs to be filled with something fantastic.” Overall, he’s suggesting that stories are mystery boxes.

J.J. Abrams is the best at mastering excitement around his work. He has an excellent way of reinforcing brand loyalty by giving followers teasers by revealing the names of characters and presenting teaser trailers. Mr. Abrams is revealing some of the mystery to get a reaction and get people engaging. The trailer for Star Wars broke a record number of 88 million views within 24 hours.

I wholeheartedly believe there’s magic in every story regardless of the genre. As quoted above, there’s always a sense of opportunity. Having the talent to tell a story on a grander scale is attainable provided that there’s some magic in characters and words. Character building is an art form in writers, rather on a larger or smaller scale. What makes the difference is having the ability to carry the story forward in a way that makes the audience excited and want more.

Drawing inspiration from J.J. Abrams, I’d like to offer the following 3 marketing tips:

[Source: The Art of Immersion:  How the digital generation is remaking Hollywood, Madison Avenue, and the way we tell stories, Chapter 7, The Hive and the Mystery Box, Frank Rose]